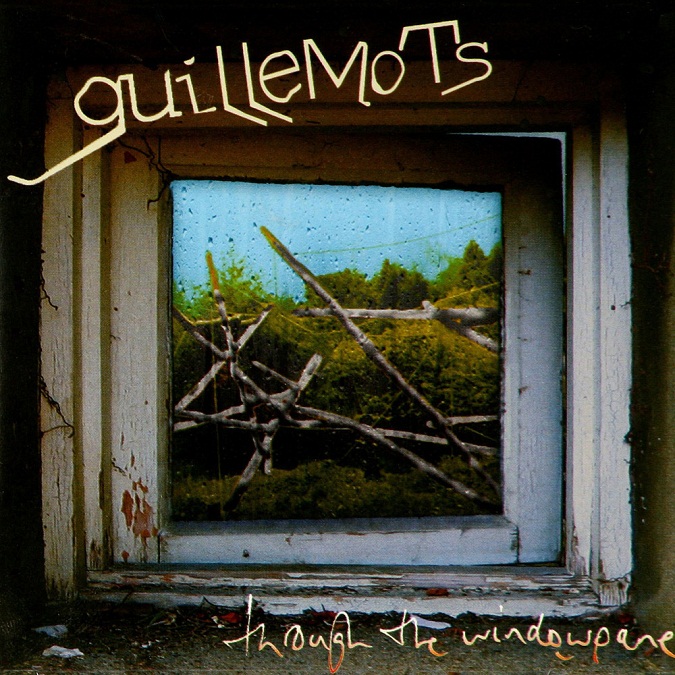 Guillemots ‘Through The Windowpane’ Album Review

Though perhaps one of the lesser-known albums on this list of my 12 favourite albums, ‘Through The Windowpane’ is certainly no less deserving of its place. This 2006 record is a treasure-trove of joyous, original pop writing and imaginative arrangement, all delightfully produced by Guillemots. A superb, multi-national, London-based band. I feel it was very much written by the band, for themselves, without pandering to any artistic trends of the time and is undoubtedly much stronger as a result.

Guillemots ‘Through The Windowpane’ Review

It’s a bold decision to start any album with a song as slow and delicate as ‘Little Bear’ (let alone your debut full length release). But there can be few openers as heart-achingly beautiful as this one and the decision was vindicated before you’re even half way through the song. There is an immediate shift of gear as more energetic single ‘Made Up Love Song #43’ (the first Guillemots song to attract my attention courtesy of being ‘featured song’ on a friend’s MySpace page back in 2006!) delivers some quirky production, inventive arrangement and a quite brilliant, committed vocal performance from lead singer Fyfe Dangerfield. “I love you, I don’t think you care…” As a lyricist, I wish I’d written that line and not even nine minutes into the record you feel like you’ve already covered so much ground!

Singer Dangerfield (also a significant writer and multi-instrumentalist) is to my mind, one of the great talents of his generation. A true inspiration despite being only two years older than me and I still find it a travesty that Guillemots didn’t ‘hit the big-time’ in the same way as many of their lesser contemporaries. That’s not to say he and the band haven’t had a fantastic career, but I feel this record alone deserves so much more recognition.

Again I’m reviewing an album and saying “there’s not a weak song in sight” (and again that’s true). Though Guillemots really did raise the bar on some of these songs. Dangerfield being ably joined by Aristazabal Hawkes, Greig Stewart and MC Lord Mãgrao and I would be honoured to work with any of these guys at some point in the future.
‘Annie, Let’s Not Wait’ is quite simply a perfect pop song. Positive, fun, and dealing out more than a touch of playfulness with the children’s choir at the end. A real favourite and I may have ‘borrowed’ this idea when recording the end of Storey track ‘Smile’ in 2015! (see below).

As for ‘São Paulo’ – what can I say? This song really was recorded and released in the wrong era; perhaps into an industry which wasn’t ready (and remains so) to appreciate such genius. Lyrically it’s an emotional (and slightly obscure) tale of longing and by the end Dangerfield is singing with so much passion you’d believe him regardless of the subject matter. Or your understanding of it! From here to the end we’re treated to 2 minutes and 30 seconds of what I can only describe as a ‘festival of semi-organised chaos’. Ebullient, thrilling, occasionally angry… pandemonium! I could sharpen my pencil and continue writing for another 10 minutes describing it, but I feel that doing so would completely miss the point of something so disturbingly radiant and beautifully expressive. That may seem over the top, but before passing final judgement, click on the link below and listen for yourself!

Influence of Through The Windowpane

Although I’ve already stated my belief that this album didn’t get the full recognition it deserved, it certainly had a huge effect on me as a composer. 2006 was the year we released the first Storey album and although I hadn’t really assimilated ‘Through The Windwopane’ by that point, it did grow on me a significant amount during the following few years. Years which were part of an incredibly positive and exciting time for me. Perhaps the biggest compliment I can pay this album, however, is that in the thirteen years since I discovered it, I’d like to think that I’ve advanced a HUGE amount as a musician, yet I continue to find the unique mix of styles and songs on this album just as impressive and inspirational as I did in 2006. And it’s not aged a bit!

I’m actually writing this Guillemots album review from a hotel in Siem Reap, Cambodia. I’ve had a busy and tiring few days so have spent much of today reading, resting, and (unfortunately) updating myself with Brexit. I arrive in Sydney early next week to see my brother and family, but thankfully have a number of songs to write over the coming weeks. A combination of production and lyrics, which is a nice mix.

Please feel free to comment below and if you’re looking for a composer, lyricist or producer for your project then please drop me a line via the CONTACT page of this website. In the mean time you can stay up-to-date with my other ramblings via my Twitter page, @parolieranglais, my INSTAGRAM and of course by subscribing to my YOUTUBE channel.