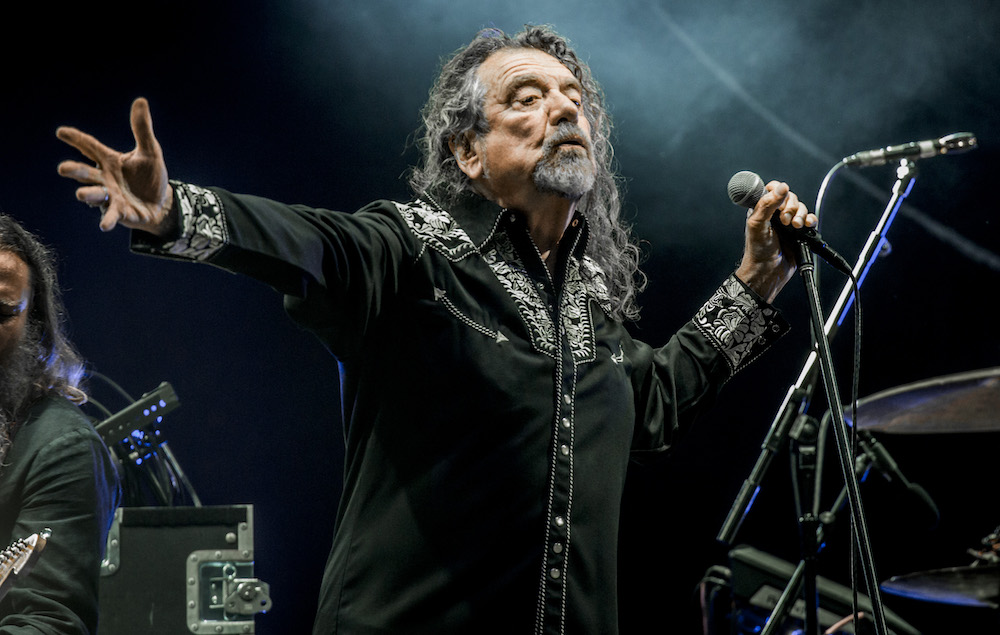 As Robert Plant once said….

As Robert Plant once said… “It’s been a long time.” In his case it was ‘since he rock and rolled.’ In my case it’s ‘since I wrote a blog post on this website.’ I’d like to suggest that’s because I’ve been too busy rockin’ and rollin’ – but that would possibly be an extension of the truth…

BUT… 2014 has been a good year so far and I, (like most people I imagine) have barely been able to pause for breath. When talking to my good friend Becky earlier (she was giving me helpful web advice while I was making a mess of a few painfully simple updates to this site) she asked to me to mention that we spent one evening this week watching three episodes of ‘Spooks.’ (All good blog posts need this apparently…) We’re now half way through series 8, which is very exciting. She won’t thank me for mentioning that we also demolished a whole pizza, garlic bread and the majority of a tub of ice cream; AND she refused any salad! I think I might be in trouble later…

Anyway, aside from that obvious calendar highlight, I’ve also been up to the following:

Having spent the last 12 years of my life obtaining work through reputation, word-of-mouth recommendation and being in the right place at the right time, I decided I should probably get a few qualifications. Call it getting old, call it what you like! Therefore I’ve just sat and passed my Associate Diploma with the London College of Music, and can now (if I wanted to) call myself Arron Storey A.L.C.M. It was quite a lot of work if I’m honest, but it helped me improve my guitar playing quickly over a short space of time so was very worthwhile.

The reason for doing this, is that I plan to move to France next summer so will be living somewhere I have NO reputation what-so-ever, and may need a few ‘extras’ to help find work. Therefore I’ve already started preparations for the next level diploma and hopefully by the time I next update this post, I’ll have more letters to paste onto the end of my name!

In the last few months I’ve visited France (with my parents), Bahrain (with my best friends Ryan and Joe from Storey), and a few weeks later, Turkey (with a friend I made in Bahrain). All three trips were fantastic experiences and after such amazing times in Thailand and Kenya over the last couple of years, it’s reinforced my desire to travel some more. Joe and I have booked ourselves a trip to Benicassim for this July – a well known four-day music festival in northern Spain – and we’re probably going to rent a car and bookend the festival with a few days in Spain and southern France so I do have that to look forward to. Maybe I’ll find myself somewhere to live 🙂

Despite what Robert Plant once said, THIS is, if I’m honest what the majority of my 2014 has been. Something I am excited about is that I’ve started playing piano for a good friend of mine, Jack Hardman, who is a songwriter based in London. I’ve known Jack a long time, and have always liked his music, but this year he is releasing his second album (his first is already on iTunes if you’re curious) which is fantastic, and you can pre-order for only £5 by clicking HERE.

If you’re still not convinced, take a look at this video of me and Jack performing together in London.

It was great to be involved in the album, but we now have some live dates coming up, and although I’ve done a lot of gigging over the last couple of years with The Four of Clubs, I’m really looking forward to playing some new and original songs; It’s one of the reasons I chose this profession. With so much of my work being guitar based, it’s refreshing to be playing piano for Jack as well. If you’re in the London/Berkshire area, come down to see us play at ‘Milk’ in Reading on 26th April – it’ll be great! I believe we have some live Radio with BBC Berkshire coming up as well, so watch this space…

Speaking of guitar based work, next week I’m going to be involved with some live radio in Birmingham (home of a certain Mr Plant I believe!) as Capital FM are doing a live broadcast in front of a studio audience of 600 – something they tried successfully for the first time last year. There’s a well known live band playing (I’m not sure I’m allowed to say who yet!) and I’ve been hired as the house guitarist to play on the live commercials, and provide a bit of improvised background music at various times. Being only the second time they’ve done this, there’s an element of the unknown about it which I find exciting. Hopefully I’ll have a couple of photos or video clips to post on Facebook during the day!

This is a rather obscure thing to write about, but after a health-related conversation with my incredibly wise and studious (read: geek) brother last May, I decided that I would start having a cold shower every day based upon the health benefits he advised it would bring me. I haven’t the time to list those, and at the time, I’m not sure how long I expected to maintain this crazy act of self-health-promotion! Don’t ask me how, but roll on eleven months and I’m still having one EVERY day. It’s been something of a psychological challenge every morning – particularly those days where it’s frosty outside and I’m getting up at 5:45am so it’s still dark – THAT takes some will power not to turn the hot tap on even a few millimetres!

Jokes aside, it’s been great doing it and I’m not exaggerating when I say that it’s been just as big a challenge for me at times, as it was training for my double marathon last year. EVERY morning I want a hot shower, but EVERY morning, I don’t allow myself to do so. Anyway, with the 12 month anniversary approaching, I’ve decided I’m going to allow myself the occasional hot shower from that point forward. But I’d also advocate the cold showers to anyone who’s brave enough to try it for a few weeks! Although I’m sure Mr Plant never did it!

As for Storey things are creeping forward slowly with our third album. The songs are there and in my humble opinion, sound amazing – it’s just a case of making time to get them recorded and it’s more difficult with Liam studying full time, expecting a baby, and with all three of us living on opposite sides of London. We’ll get there eventually and maybe I’ll be able to convince Joe and Liam to release some studio snippets when we finally get in there. I’m DESPERATE to complete the recording and release the album before I move to France (and Liam loses all his hair) so hopefully we won’t have to wait too much longer… There is also the small matter of finding someone suitable to actually sing the album, but there’s another blog post in itself…

Anyone who knows even the slightest thing about me knows how much I love Peterborough United as much as I love Robert Plant, and I was thrilled to see us win the first Wembley Stadium cup final in our 80 year history! It was even better to see it surrounded by loads of friends, family and over 20,000 Peterborough folk. In fact that was a pretty good day all round as it was nestled nicely in between my A.L.C.M. exam which I sat that morning, and a gig at the Union Chapel in London, where Joe and I saw the incredible Andy McKee perform a live solo set. Now THERE is a guy who knows his way around a guitar – www.andymckee.com check him out below.

Right, I could write more but I have things to do, practice to complete, Robert Plant songs to listen to, and food to eat. I started writing a beautiful new song yesterday as well, so after my (cold) shower, I’m going to start with that… Wish me luck.

1 thought on “As Robert Plant once said….”