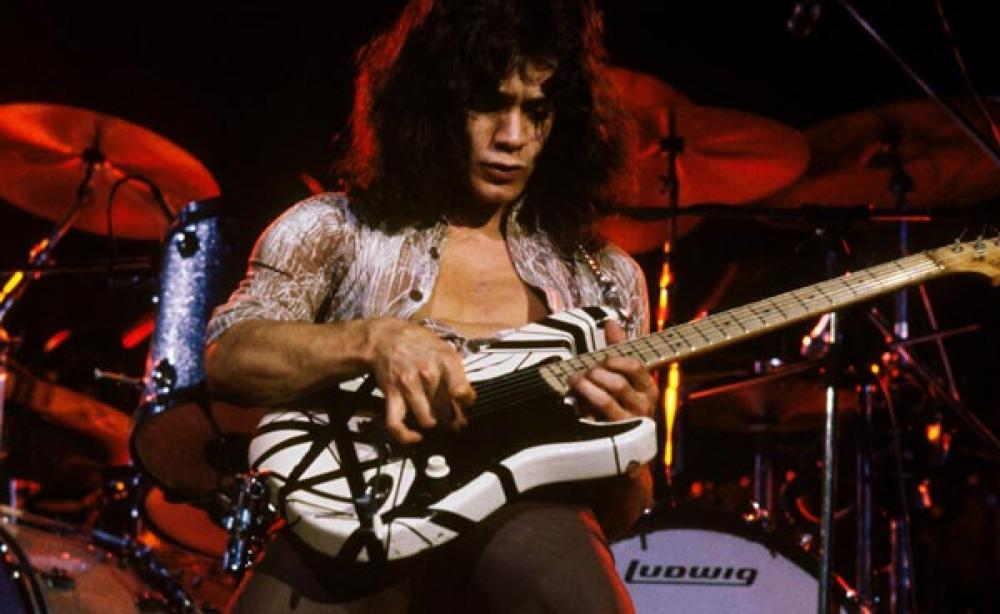 The Death of Eddie Van Halen

Van Halen… I’ve not posted for a while but upon hearing of the death of Eddie Van Halen late last night, I felt that I should at least put out a quick post to pay tribute to one of the great guitarists of any generation.

Every now and again, a musician will come along who is not just technically brilliant. Not just inherently musical and creative. Not just in possession of an abundance of star quality. (And Van Halen is all of these things). But someone who saw things from a perspective that no one beforehand had dared or been able to see. Someone who took the instrument (in Van Halen’s case an electric guitar) into uncharted territories and extended what was up until their arrival, considered possible on the instrument. In short, a pioneer. Eddie Van Halen was one such guitarist – a once-in-a-generation musician who like Jimi Hendrix and Jeff Beck before him, not only had his own style, but it influenced pretty much every electric guitarist who followed in his footsteps, whether or not they are even aware of it. This certainly includes me as I absorbed much of his output when studying guitar in London in 2002, and at the beginning of my career as a freelance guitarist.

Most mainstream music fans will at least know of Van Halen thanks to their massive crossover pop-rock hit ‘Jump’ (see above) from 1983. For most of the song Eddie’s guitar is buried behind the huge and iconic synth riff which dominates the song, yet at 2:15 he launches into one of his trademark jaw-droppingly fluid guitar solos; melodic yet featuring a wealth of the squeals, taps and smooth legato runs for which he quickly became so well known. Although lots of guitarists have taken this approach and style, and taken it in other directions, it’s safe to say that up until Van Halen’s 1978 debut album, this kind of guitar playing had simply not been heard. It was original. And it’s a credit to the man and his music that even now, over 40 years later, this music and especially his guitar playing still sounds fresh, musical and impressive in its delivery. And many of his contemporaries or those who followed in his path can definitely not make that same claim, no matter how proficient they became on the instrument!

For example, I can’t imagine a time when Eddie Van Halen’s guitar solo in Michael Jackson’s ‘Beat It‘ (3:10 in the video above) won’t floor me with it’s breath-taking inventiveness and imagination. It still rocks now, and I can only imagine how radical and distinctive it must’ve sounded upon release in 1982! On top of this, Eddie made all of this look so EASY! And fun! He always looked like he was having a great time onstage, despite the fact that what he was playing would often be incredibly difficult for 99% of guitarists to execute – a true natural!

Overall I feel sad today that the music world has lost someone so brilliant, so dazzling in their virtuosity, but also grateful for what he brought to the table for so many guitarists, musicians and fans of great music. Plus hopefully this will lead to a whole new generation of rockers learning more about this great man and his legacy! Mr Van Halen, thank you and rest in peace.

From my own perspective work has been slow but I’m still ticking over with work as a lyricist, including this single released this week by Kessy Mac Queen, for which I wrote the lyrics. Click by watching the link: Embrace The Dark

2 thoughts on “The Death of Eddie Van Halen”