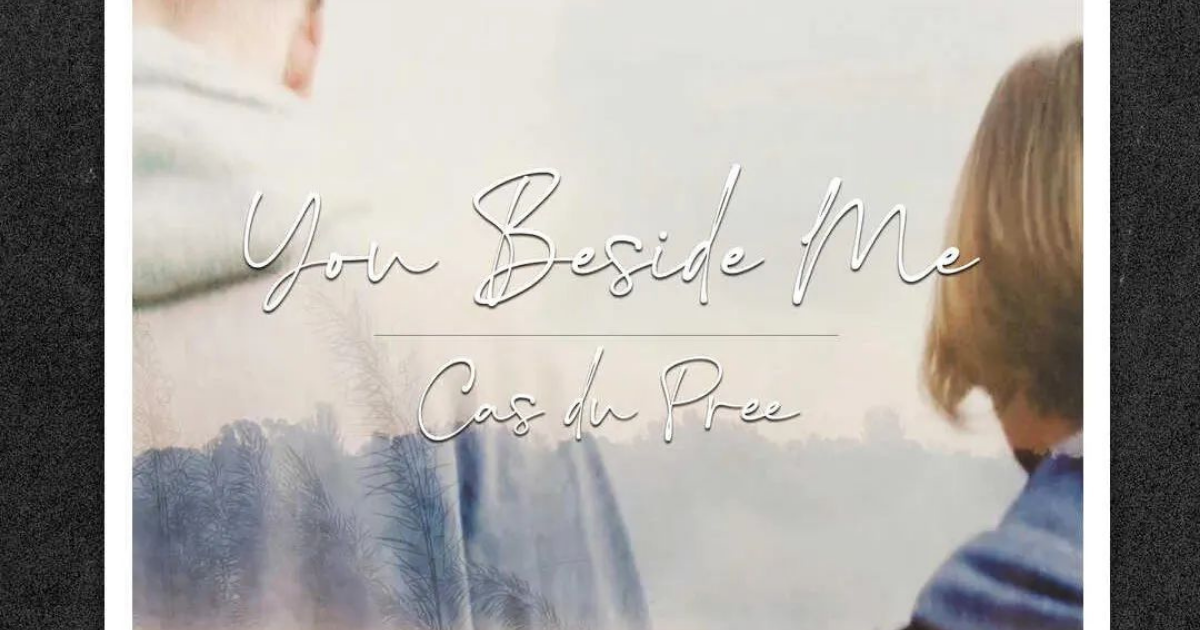 You Beside Me – Cas du Pree

Last week saw the launch of ‘You Beside Me’ – the latest single from Dutch pop artist Cas du Pree. The first of an album of songs we’ve written together since late 2020. In this blog post I’m talking about the song and the writing process with Cas.

I’ll preface this blog post by saying it is, in my humble opinion, one of the best songs I’ve ever written. So why not give it a listen before reading on. Here is the Spotify player and the lyric video is below.

Cas approached me late 2020 via an exchange on Twitter and we discussed his aims of producing an album by working with a number of producers and writers. Cas seemed like a genuine guy (I deem this important when choosing which jobs to take) and we started with an agreement to write an initial song together and reassess afterwards. Before starting work, Cas and I discussed his relationship with his brother and in particular how their childhood was affected by their father. It was a moving story and I ‘took notes’ before starting to write, hoping that I did it justice by producing something equally as touching.

Writing You Beside Me

You Beside Me was a rare example of when I wrote the words, music and melody all together at the piano in my apartment in Toulouse. I remember it was November, the evenings were long and dark and there was a lot of uncertainty surrounding Covid lockdowns, travel restrictions; not to mention a fairly difficult period in my own personal life. Listening back to the atmosphere created by those opening few bars of the song really transports me back to some of the emotions I was feeling at the time and this is a very positive sign that I captured something ‘real’ at the time of writing.

Once I had an initial demo consisting of an opening verse, pre-chorus and chorus, I sent this to Cas for his approval and feedback. Thankfully he was very receptive almost straight away and without trying to give too much direction, encouraged me to continue in that vein. As a songwriter and lyricist who spends most of his professional time writing with or for other musicians, it’s always nice to come across an artist who puts the progress of the song and project before their own ego. Cas is a rare and wonderful example of this. If he thinks something is working for him and the right emotions are being expressed, then he’ll say so. But without feeling the need to force his own mark onto your work, often to the detriment of the final result. This to my mind, is a sign of strong leadership and recognising when something is working, so letting it play out.

Building You Beside Me

Often my favourite part of producing a track is building the arrangement. This is moving from an idea consisting of perhaps lyrics, melody and few chords, into a full living, breathing song which sparkles and retains the listeners’ interest for the full duration. Something which features changes in texture. Peaks, dips and troughs in intensity. An arrangement which will ultimately enhance the message of the story being told.

There are many ways of doing this – adding and removing different instruments, multi-tracking backing vocals to add texture and ambience, as well as the range of digital effects available to any modern record producer. As you’ll hear from listening to You Beside Me, I used a range of guitars (both acoustic and electric) and a huge number of backing vocals to lift the chorus. But always trying to leave enough space for Cas’ voice to tell this very poignant story dating back to his childhood.

Getting to Know Cas

Needless to say, both Cas and I were very pleased with the results of the collaboration. He loved the song and how it said what he wanted to say without really having to change a word himself. From my point of view, there was no tension, he was friendly and communicative throughout, paying fairly and on time. As I was soon to discover, he also has a great voice and hearing him singing those words really added something extra to the song that I couldn’t deliver with my own voice. We quickly agreed that we’d like to write more songs together and there started one of the most satisfying professional collaborations I’ve ever entered into. We’ve since written a wonderful full album together – ‘Getting to Know Me’ – which is scheduled for release in May 2022. I will of course write about more of this at a later date.

You Beside Me is actually the second of our songs to be released. On 4th March Cas released ‘Untouchable’ which he co-wrote with another songwriter from the USA, but was recorded and produced by me in Toulouse. Another very cool song, and you can watch the lyric video below. Both Untouchable and You Beside Me were brilliantly mastered by my talented friend and regular collaborator, Russ Hepworth-Sawyer at Motto Sound in the UK.

Cas and I have become very good friends and I was thrilled when he made the journey to Toulouse to record all of the vocals to ‘Getting to Know Me’ with my colleague Sébastien Haby at Studio du Cerisier where we live and work. It was great to finally meet in person and I’ll talk more about this meeting in a future blog post.

Thanks for reading this post about You Beside Me. Please feel free to share or comment below and if you’re looking for a co-writer (a composer, lyricist or producer) for your project then please drop me a line via the CONTACT page of this website. In the mean time you can stay up-to-date with my other ramblings via my Twitter or Instagram pages or stay up-to-date with new music by subscribing to my YOUTUBE channel.