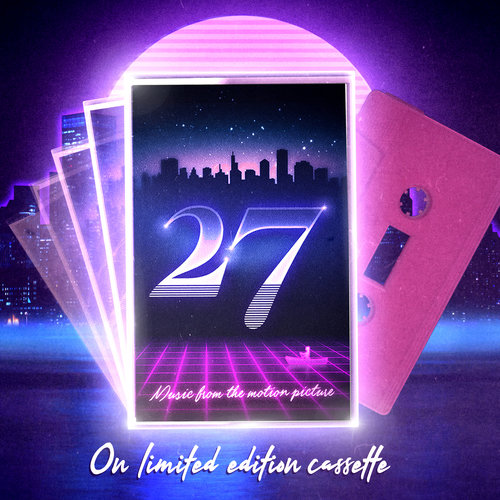 Adding Guitar to the 27 Film Soundtrack

27…. As I’ve said before the majority of my work these days is as a lyricist and composer though I entered this business many years ago as a session guitarist and still enjoy that kind of work when it comes my way. It keeps me sharp and gives me reason to keep studying music during my (limited) spare time.

Last year I posted about a session guitar job I was doing composing and recording an 80s Rock-style guitar solo for a forthcoming release. Unfortunately I couldn’t give any details of the project at the time but now the album has been released, I can talk about my contribution. The project is called ‘27’ and follows the cool and quirky idea of writing the soundtrack to a film which doesn’t actually exist!

The whole soundtrack album is fantastic and I played a guitar solo on the opening track, ‘Air’. For the guitar fans among you, you can see the footage I filmed at my home studio in Toulouse when I originally recorded the ‘Air’ guitar solo for the 27 soundtrack. As you’ll hear, the raw and mixed sounds are very different and that’s a credit to Jack Hardman who is the brains behind the project, and engineer Iggy B.

For those of you who, like me, enjoy this kind of ambient instrumental music, you can hear the entire album on Spotify. You can also buy it on limited edition cassette tape by clicking HERE.

Until my next session guitarist job comes in, I’m returning to focusing on being a lyricist and composer, though working on ’27’ was a blast and I hope the project is a success. Take a look at the artwork in my newly updated DISCOGRAPHY.

If you’re interested in a quote for your own composition, lyrics, or indeed guitar solo then please drop me a line via the CONTACT page of this website. In the mean time you can stay up-to-date with my other music-environmental-language-fitness ramblings via my Twitter page, @parolieranglais, my INSTAGRAM and of course by subscribing to my YOUTUBE channel. Thanks.