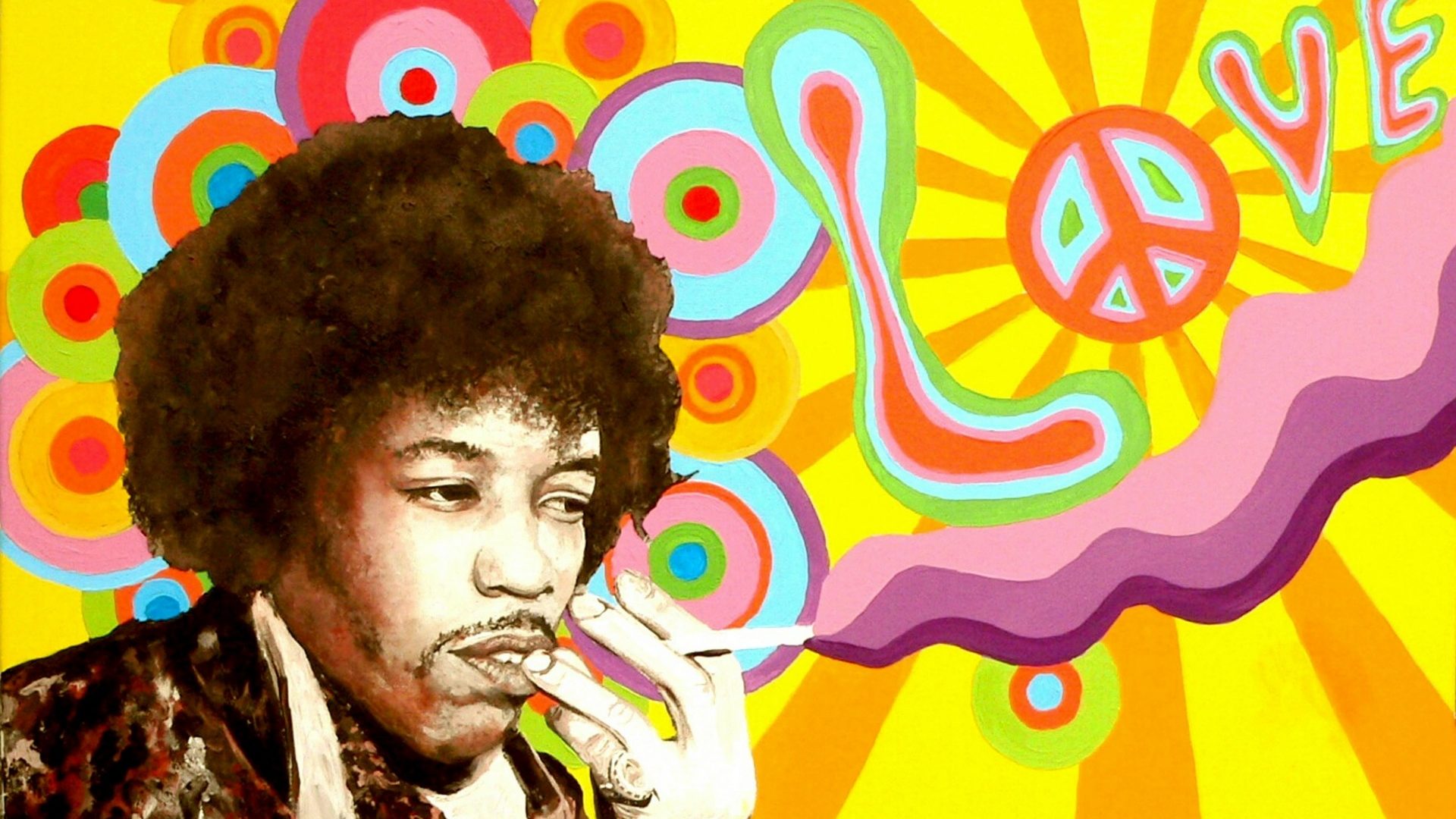 As promised and following on from last week’s analysis of Jimmy Page, here is an article discussing the guitar playing Jimi Hendrix taken from my 2014 Licentiate thesis with the London College of Music. Enjoy! Hendrix’s recording career was shorter than Page’s, consisting of only three studio albums running from 1967 until his death in 1970. However, his legacy is no less potent or significant in the history of guitar playing and popular music. As per the previous article, the following was written from the perspective of how Hendrix’s playing style contributed to the evolution of the guitar and especially how that has influenced me as a session guitarist and guitar teacher. And like Jimmy Page, Hendrix was also a superb composer and I strongly recommend that while reading this, you listen to the material on his official YouTube channel, HERE.

Unlike Page, who made his name on the 1960s London session circuit, Hendrix ‘cut his teeth’ on the US Chitlin scene supporting soul luminaries such as Little Richard and the Isley Brothers. This exciting yet difficult lifestyle – working to entertain different crowds every night – facilitated the flamboyant performer we know today, who for a time was as notorious for his onstage pyrotechnics, (playing solos behind his head and setting fire to his guitar) as he was for the music itself. But closer inspection reveals this to be quite unfair; Hendrix was a fiercely unique individual who was constantly trying to extend the sonic possibilities of his instrument – usually a Fender Stratocaster.

Hendrix played guitar left handed on a right handed guitar which was strung upside down! He reasoned that this gave him better access to his whammy bar and he took full advantage of this, as did the much heralded Stevie Ray Vaughan who was influenced by Hendrix in many ways. Although originally intended to add a gentle ‘wobble’ to a chord or note, Hendrix used his whammy bar to coax all kinds of astonishing sounds out of his guitar. A good example of the musical chaos he captured in the recording studio was 1967’s ‘Voodoo Child (Slight Return)’ (Click HERE to see a fabulous version by SRV himself!) but onstage he experimented to an even greater degree.

Although not his most celebrated musical achievement, there can be no better example of this famed audio mayhem than his rendition of ‘The Star Spangled Banner’ at the 1969 Woodstock festival. Captured live by video cameras, Hendrix’s guitar moans, groans, screams and squeals its way through a three minute protest to the Vietnam War, which was raging at the time. Although possessing an exuberant stage presence, Hendrix was in fact a very conscientious musician and making such a bold statement through his guitar was typical of the sensitive man who lay behind the image.

But there was so much more to Hendrix’s playing than flaming guitars and solos played with his teeth. Unlike bands like Led Zeppelin, (four members) or Deep Purple, (five) The Jimi Hendrix Experience was a trio. Therefore one thing which distinguished Hendrix from some of the other guitarists of the time was the fact he was simultaneously both lead guitarist and lead vocalist. The Hendrix style was a marriage of his soulful (and much underrated) voice, interspersed with slick and fluid guitar phrases. And being the sole lead instrumentalist in the band meant he had the unenviable task of providing the low-mid frequencies usually supplied by a pianist or rhythm guitarist, as well as the interest and melody expected from a lead player. Many guitarists have played in trios – Eric Clapton in Cream, Stevie Ray Vaughan with Double Trouble – but it’s debatable anyone has achieved this lead/rhythm style quite as well as Hendrix did in songs such as ‘Little Wing’ (see my version of the intro below) and ‘Castles Made of Sand.’ It is suggested he developed this unique style of playing while touring as a young man and indeed one of his great musical influences was the American soul singer and guitarist Curtis Mayfield. ‘Gypsy Woman‘ (1961) by The Impressions clearly shows Mayfield playing this famed lead/rhythm style long before Hendrix made his recorded debut.

Teaching this distinctive approach to guitar playing is difficult unless to the most advanced students. I have however, used Hendrix’s idiosyncratic treatment of different major and minor barre chords to illustrate a creative use of the different shapes of the CAGED system. ‘Wind Cries Mary’ offers a good example of this style, along with a relatively accessible guitar solo which uses barre shapes as the basis for lead licks which beautifully follow the harmony.
One area of Hendrix’s playing which is often overlooked is his blues playing, though he was undoubtedly a fine exponent of this style as illustrated in ‘Red House‘ – a superb collection of authentic blues licks which are ideal phrases for the mid-to-advanced student to transcribe. He had a wonderful ability to take a blues motif or idea and ‘twist’ it into something different. Many Hendrix songs are based around bluesy riffs or solos, but bring in other elements such as chromaticism (Hey Joe), atypical time signatures (Manic Depression), or unusual chords (the ‘Dom7#9’ found in ‘Purple Haze’ and ‘Foxy Lady’), to take the song beyond a ‘straight’ blues.

Truly a pioneer for musicians and guitarists alike – it’s been argued that almost every guitarist has been influenced by Jimi Hendrix, even if they’re not completely familiar with his music. His tone, vibrato, sonic experimentation, songwriting, and fluid technique all helped to shape the future of the guitar as we know it today.

As an interesting footnote, it’s alleged that shortly before he died, Jimi Hendrix was planning to meet and jam with trumpeter (and one of my great heroes) Miles Davis. Sadly, this never happened but that year Miles Davis released the ground-breaking jazz-rock fusion album ‘Bitches Brew’, which featuring the talents of John McLaughlin, was only his second release with a guitarist. Additionally Hendrix had always displayed jazzy elements in his music, (altered dominant chords, octaves in ‘Fire’, the solo at the end of ‘Freedom’) and his new material had been moving towards ever-funkier realms with his ‘Band of Gypsys’ release. One can only speculate the result of two such masterly figures creating music together…

If you’re interested in a quote for your own article (or guitar solo) then please drop me a line via the CONTACT page of this website. In the mean time you can stay up-to-date with my other ramblings via my Twitter page, @storeymusic and of course by subscribing to my YOUTUBE channel. Thanks! Lots of work as a LYRICIST this week, as well as starting work on a new guitar-related PROJECT – check it out and more on this, very soon! Next blog – Brian May analysis!

Image by stuart hampton from Pixabay